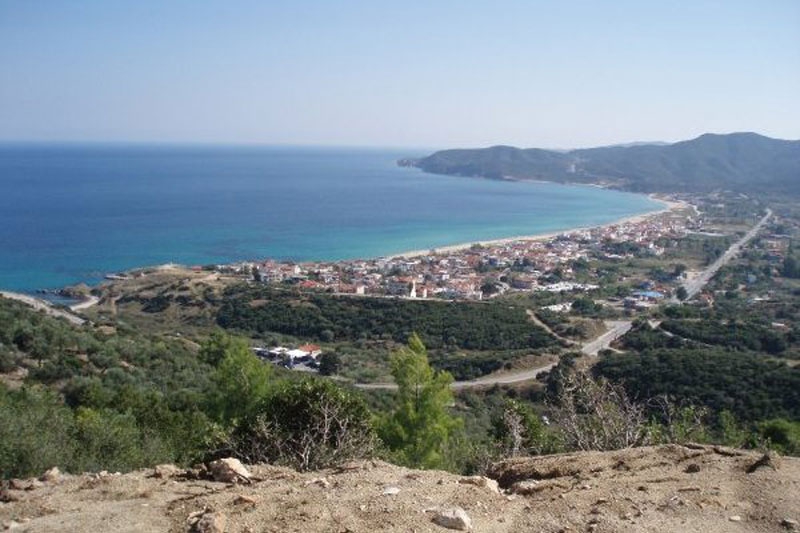 Sarti is situated on the eastern coast of Sithonia peninsula and stretches along a three kilometres beach. It took its name from the ancient town that was probably at the same location. We do not know the time or the cause of its destruction.

There was a village in the 14th century in this area that it was called "the Sartis", a property of the monastery of Ksiropotamos. In 1923, at the monastery settled Asia Minor refugees that were coming from the island of Afisia of Proikonisi of Asia Minor and then they gave the ancient name to the settlement they had established. Some houses, which have survived until today, reveal the origin and the history of the village.

Today, Sarti is a tourist centre where visitors can enjoy the beauty of the nature, combining mountain and sea, the green crystal clear waters, the white sand, the inviting coves, the unique beaches that are protected by the scenic cliffs and all of them can enchant the visitor and "carve" unforgettable memories to the friends of the sea.
The place is ideal for surfing, water skiing, fishing, and strolls to the nearby beaches. On the road from Sarti to Vourvourou, you will find the cleanest and the most picturesque beaches in Sithonia. Achlada beach is two miles away from Sarti. Within five kilometres we find the public camping of Platanitsi. One more kilometre away, we meet the coasts of Portokali and Kavourotripes. Portokali is famous for its carved rocks.

The beaches of Sarti, of Platanitsi and of Achlada are considered as some of the best in Sithonia, with fine sand, trees, water sports facilities and beach bar. The famous beach of Kavourotripes is unique with rock formations and blue-green sea. The beautiful beach of Armenistis is surrounded by a lush forest like the one of Platanitsi and of Achlada.

Opposite Sarti is Mount Athos, a monastic community known for its religious aura and for the peaceful idyllic landscape. The visit and the stay in monasteries are allowed only to men. But there is a boat that leaves from the nearby port and on a day trip is doing the round of the Holy Mountain with a stop in the picturesque Ouranoupoli.